Where do many idioms come from? Sports!

English for Sports Fans and Others

Idioms are very common in daily speech. They come from a variety of sources. Some come from the military, some come from politics, others come from literature. But the top source — the one ‘hitting it out of the ballpark’ — is sports!

Every year, over 100 million viewers tune in to the Super Bowl. This is a football game between two of the top performing teams of the year in the National Football League (NFL). One team is the winner of the American Football Conference (AFC); the other team is the winner of the National Football Conference (NFC). These two are ‘pitted against’ each other in the Super Bowl. The Super Bowl is the most watched American TV broadcast of the year.

Professor Martin Gannon has come up with the clever idea of “cultural metaphors.” These are things that can capture a culture and its values. For example, a cultural metaphor for Japan is the Japanese garden, as the garden’s beauty and openness capture the Japanese values of harmony and love of nature.

Can you guess one of the most common cultural metaphors of the USA? It’s American football! Prof. Gannon sees many parallels between football and the American business environment. He points out that football is a complicated game that involves strategies by both teams — competitors, as in business. Football is governed by many rules … similarly, the USA in general has many rules (and laws) and frequently people fight over these rules. Football is an aggressive game, with high risks and high rewards — that seems to suit the American temperament well. Americans like to celebrate “winners” and are not as concerned as some cultures might be about equality of outcomes.

With American’s love for football, it’s no wonder it’s been the source of so many American English expressions! These expressions started on the football field (in their literal sense) and migrated to everyday life. Here are
a few: 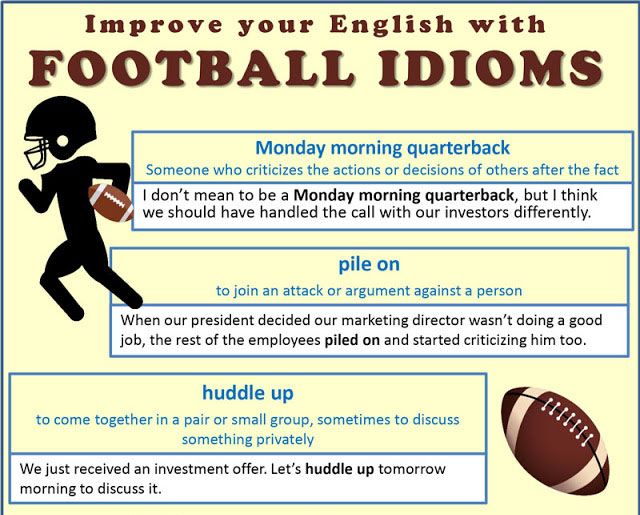 Let's look at where these three football idioms came from:

The idiom comes from the fact that American football games are usually played on Sunday. On the next day —Monday — it's easy to criticize what thequarterbackdid wrong. The quarterback is the player is the leader of the offense. Their performance can have a significant impact on the fortunes of his team.Before each play, the quarterback tells his team which play the team will run.

So this term is always negative. You may see it phrased as:

In football, this is when one or more players jump on top of a player after a tackle has been made. From the act of physically "piling on," comes the more figurative "piling on" of joining an argument or a verbal attack on a single person. 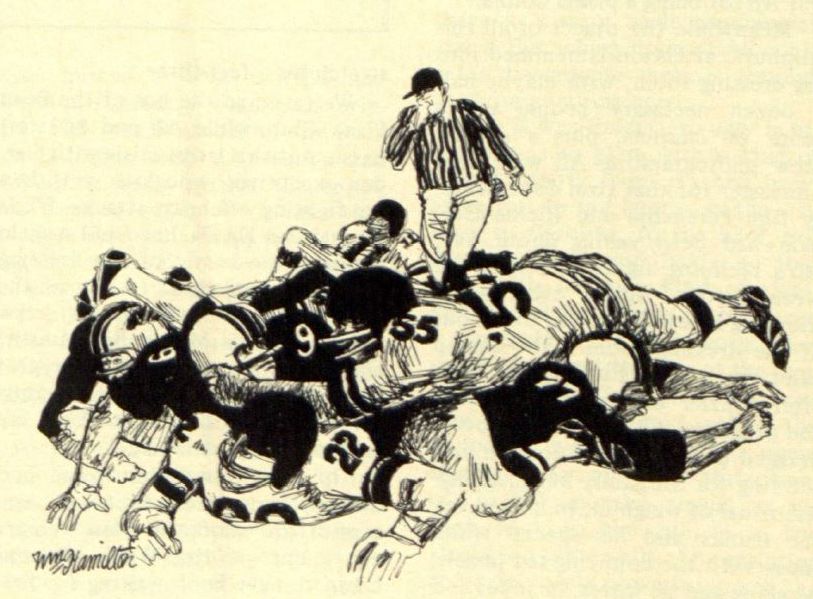 When football players "huddle up," they gather close together to discuss a play. Football is the only game in which the team on the offense huddles after each play to plan their next play. Americans in business love to “huddle” or “huddle up” to talk strategy!

Select a course first to display its contents.

No available contents for

There are no free, paid or coming soon courses in your school yet.
Why don't you create one?

The school owner is working hard preparing the courses for you.

Oops, you haven't created any courses yet.

Wouldn't it be a good idea to create a course?

No blog posts found in your blog. Why don't you create one?